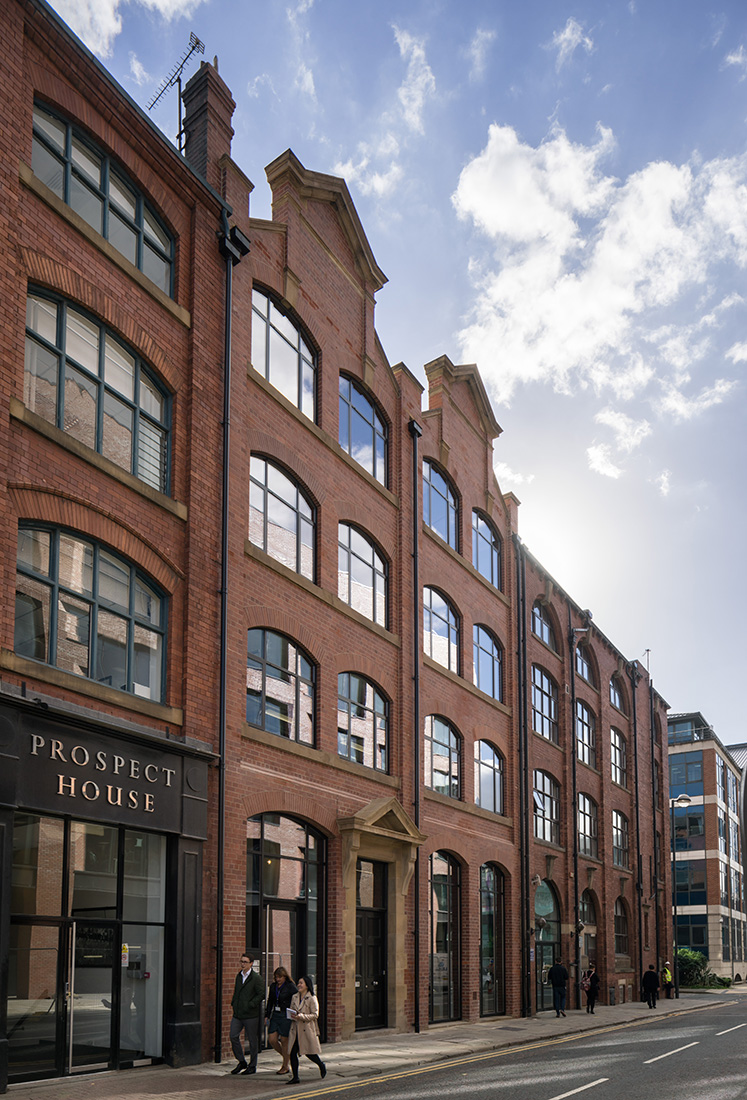 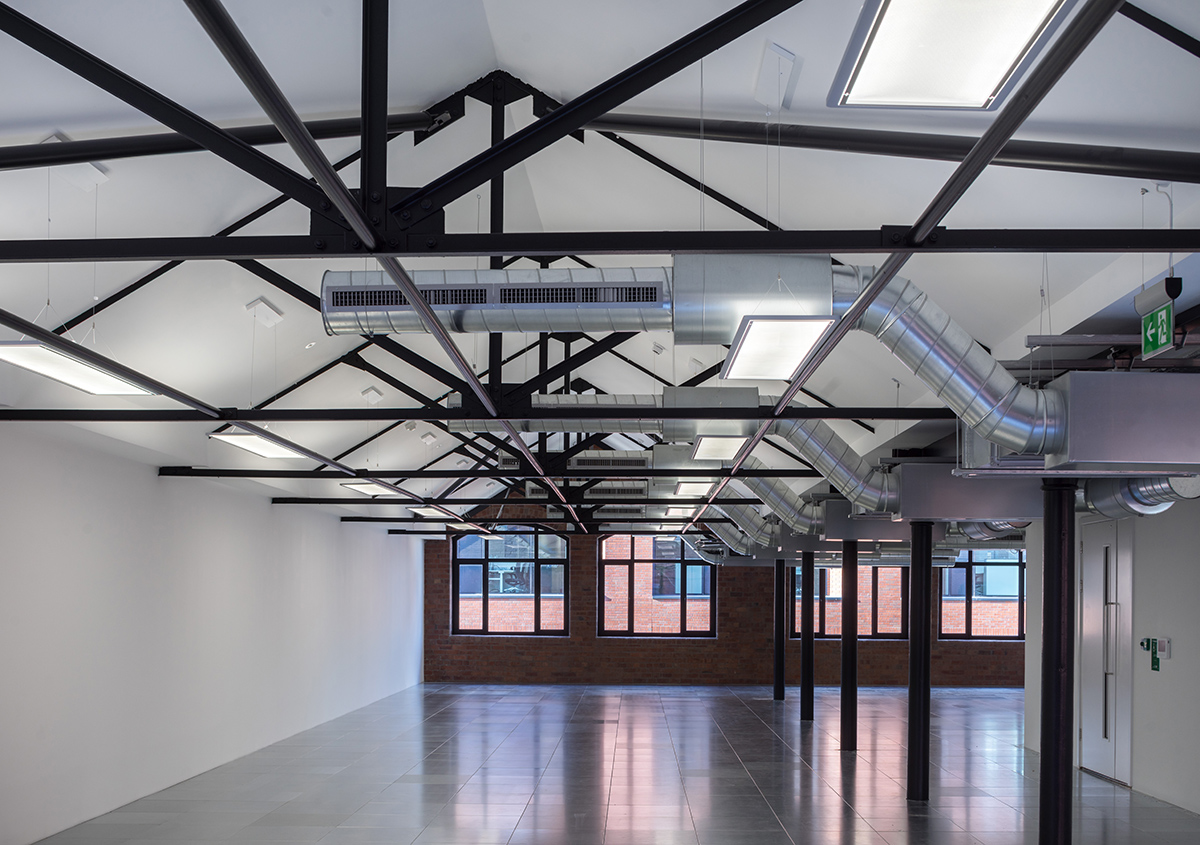 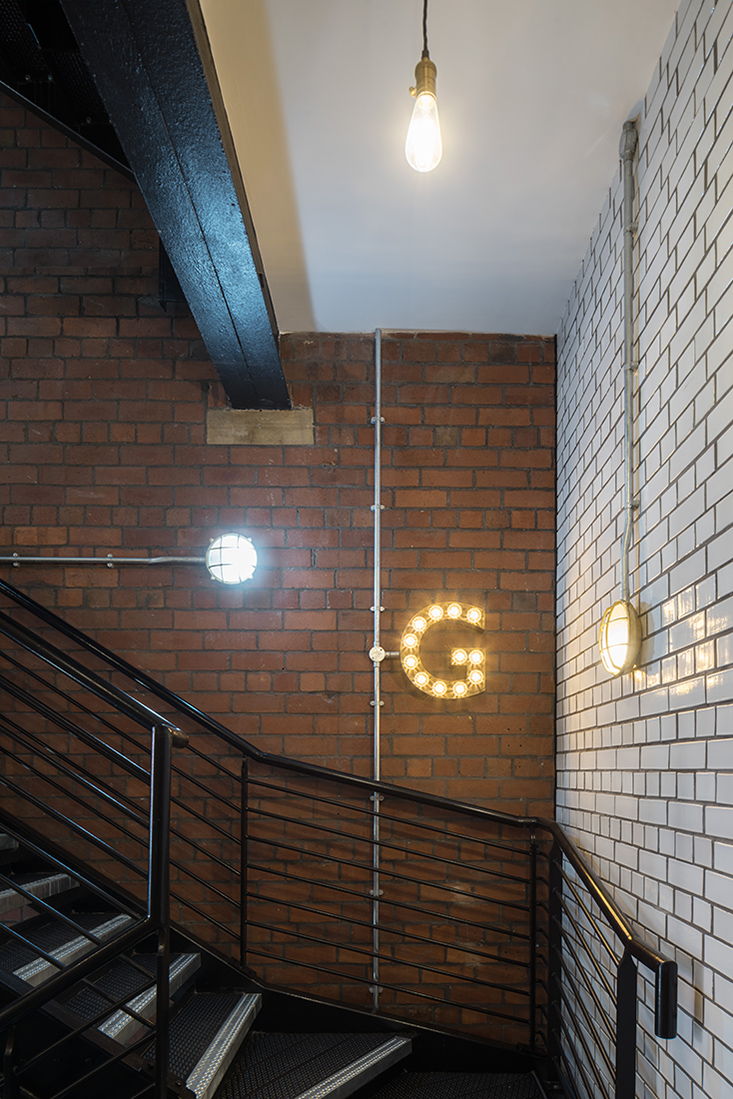 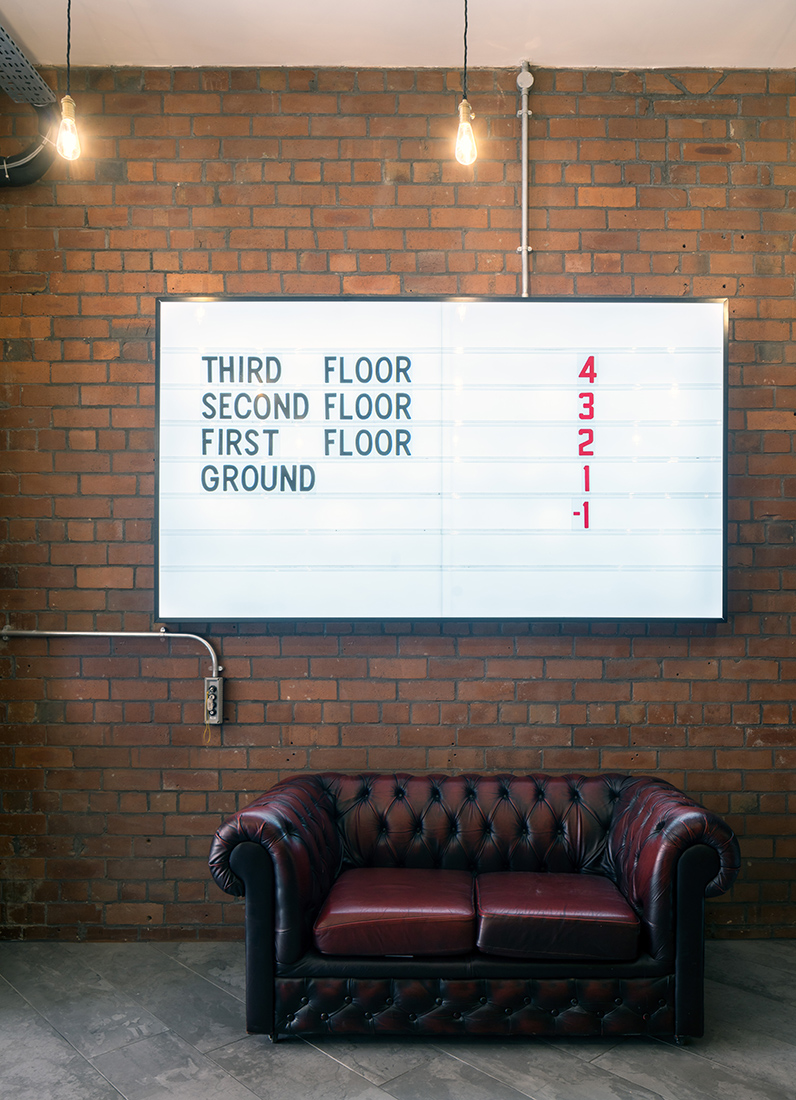 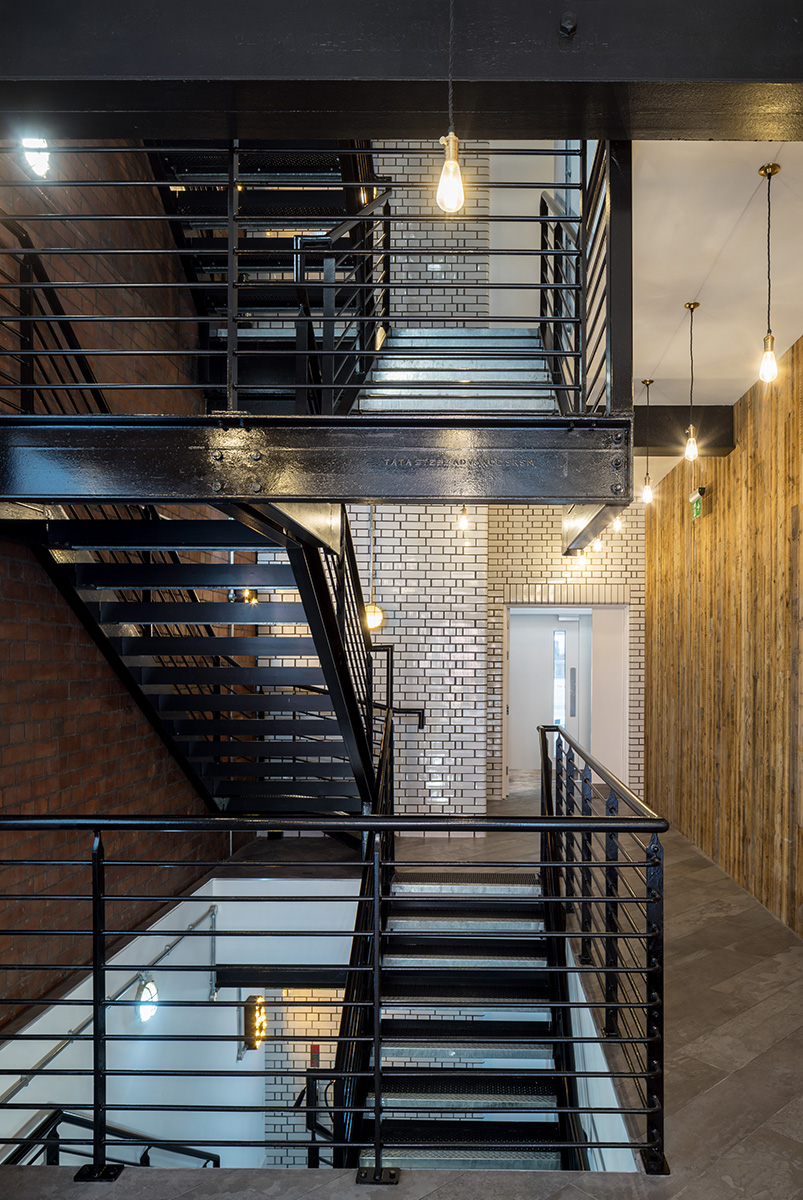 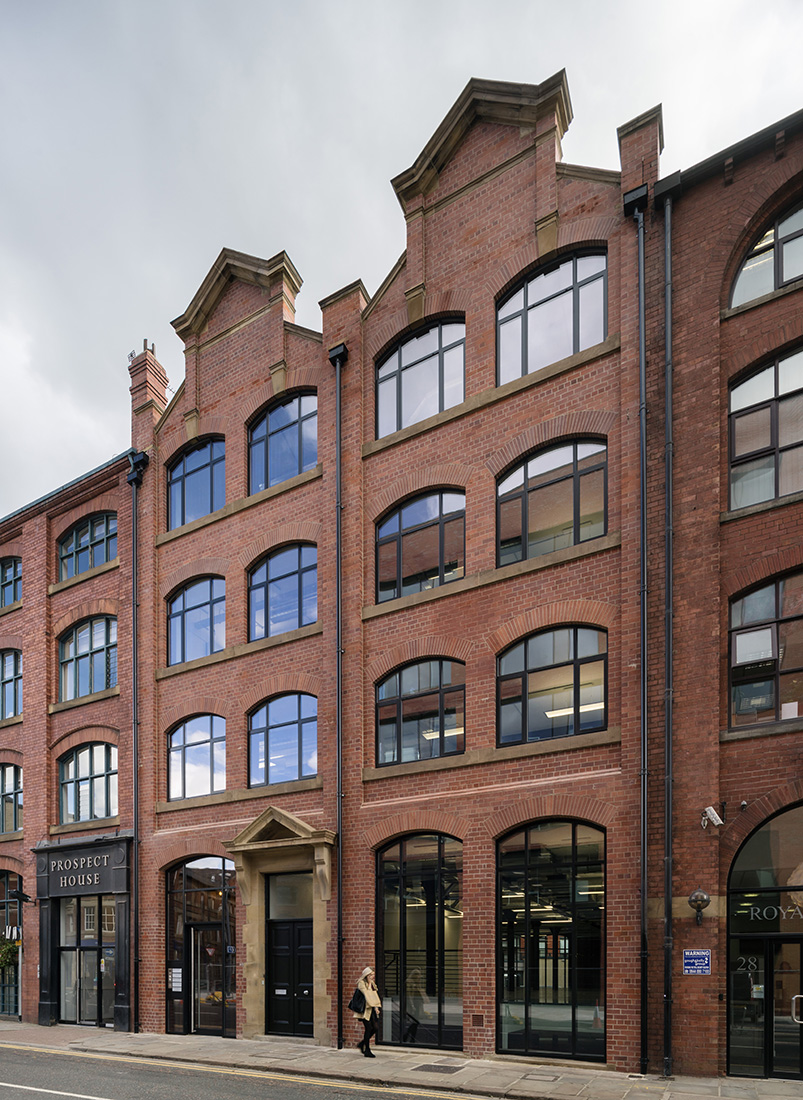 Concordia Works saw the award-winning transformation of a neglected former yarn and cord warehouse in the centre of Leeds, into a unique and striking modern workplace. As a building steeped in the proud industrial heritage of the city, the client wanted to ensure that it would be restored to its former grandeur, retaining and re-introducing as many of the original features and materials as possible and providing a clear sense of place, but juxtaposing them against contemporary components of a similar industrial nature. The starting point for the design was the complete reconfiguration of the property’s internal layout in order to provide the maximum-sized workplace floor plates. A new, fully complaint core, consisting of single stair, lift, washrooms and bike store, ties the floors together. The front and rear elevations were modified to ensure the greatest amount of natural light would be provided to the basement levels. Internally, layers of overlaying plaster and paint were stripped from the walls to leave the original brick exposed. The cast iron columns and beams were exposed and made a feature of to tie in with the new staircase passing through each storey; this stair constructed from steel channels and perforated cast iron treads, was to invoke the period of the building’s inception.

The resulting refurbishment is a fusion of original features and modern design, creating a dynamic, high-spec loft-style workspace. The interior design respects the integrity of the warehouse’s industrial past with exposed brickwork, trusses, and cast-iron columns playing a major part in the building’s new look, culminating in an exceptional and adaptable open plan workspace offering a contemporary working environment for dynamic and creative businesses. We were able to deliver a design that listened to the client’s needs, whilst providing value and considering local rental rates. A building which could so easily have slipped into obscurity has been restored and revived, and is now a vibrant part of 21st century Leeds. In breathing new life into what was previously a rather neglected masonry warehouse, including the installation of flood defences, basement tanking, new service and waste connections, the project has greatly extended the life of a building already over a century old. These changes, along with an upgraded structure, repointed facade, new weathered and insulated roof, and modern double-glazed windows not only protect the physical aspects of the building, but also provide it with a viable new use, which can be enjoyed by tenants for many years to come.