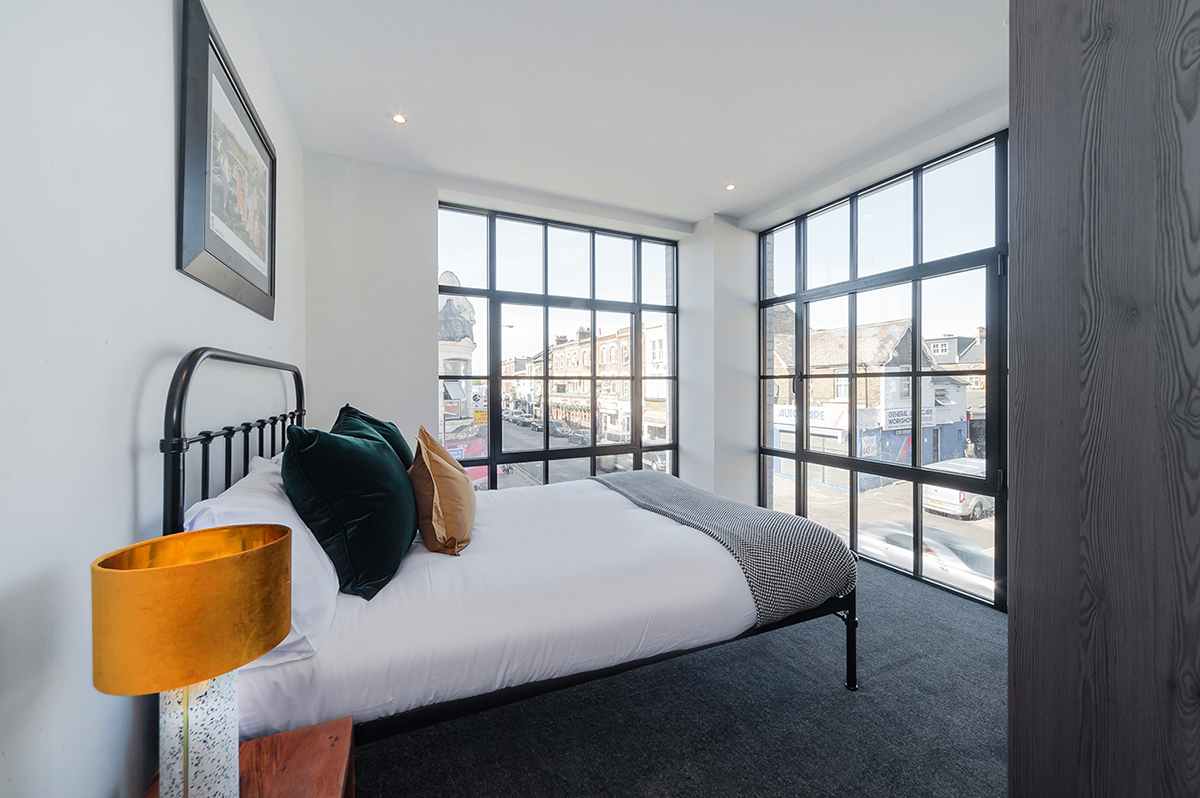 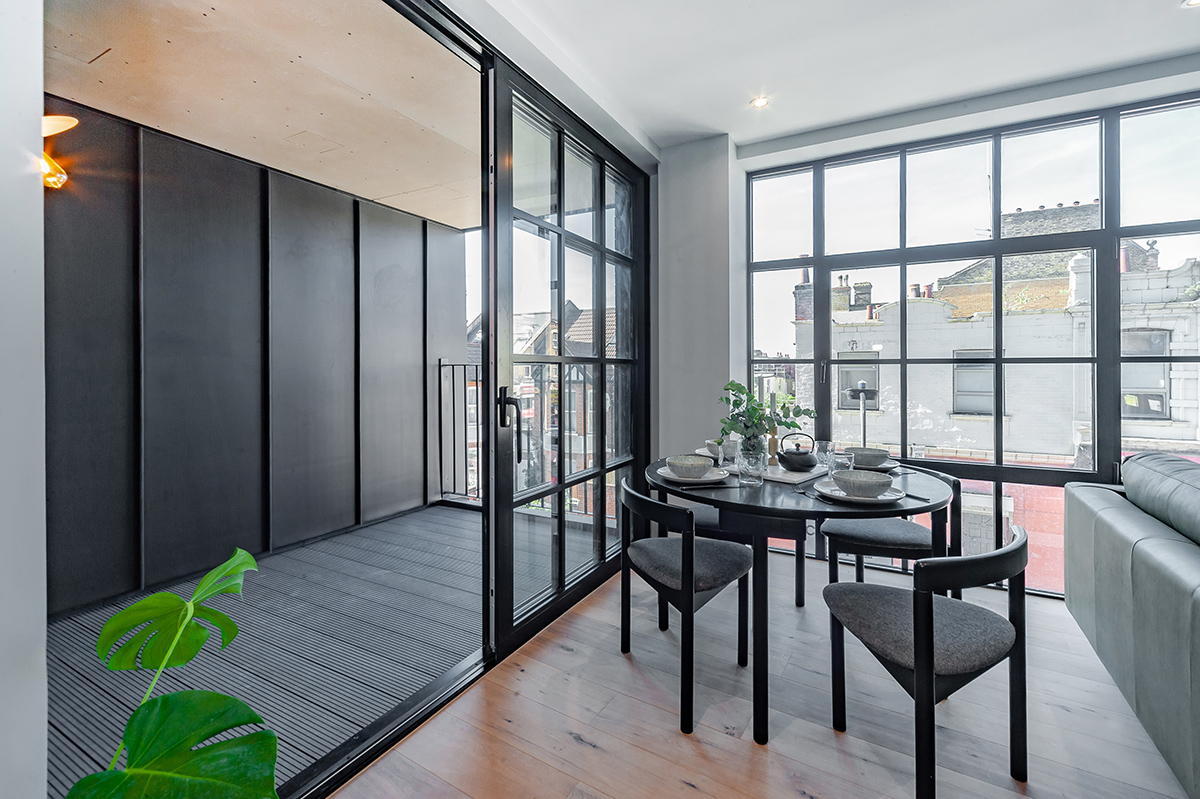 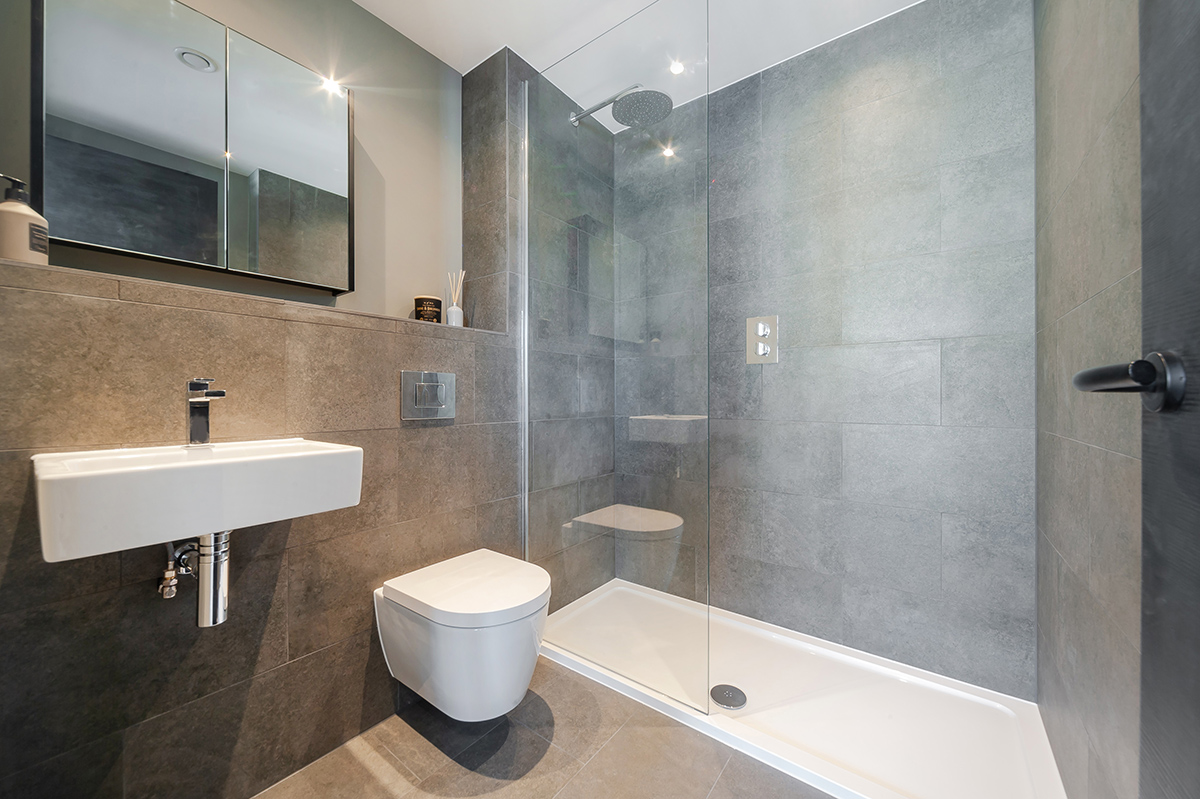 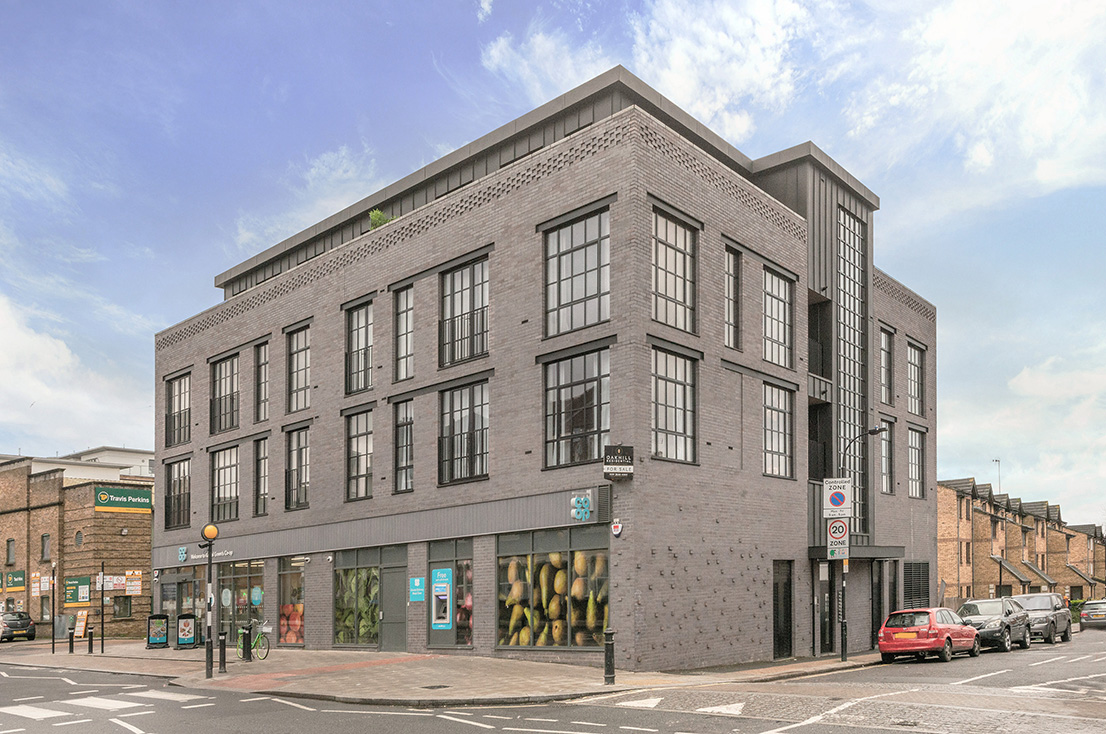 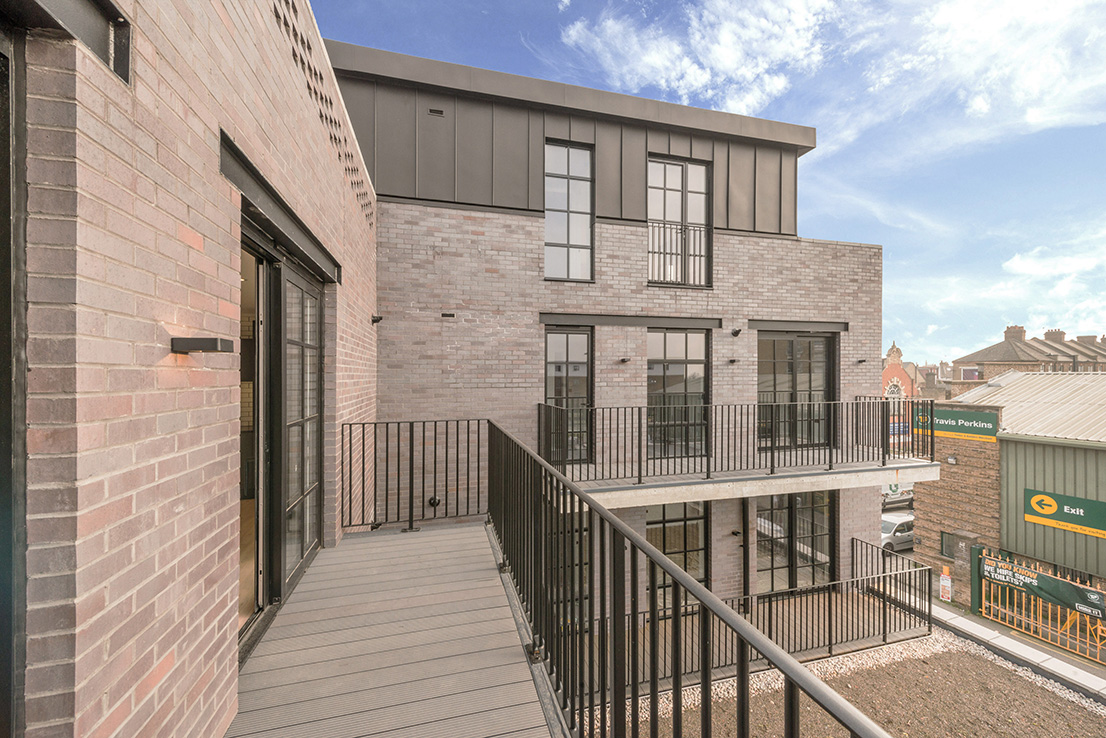 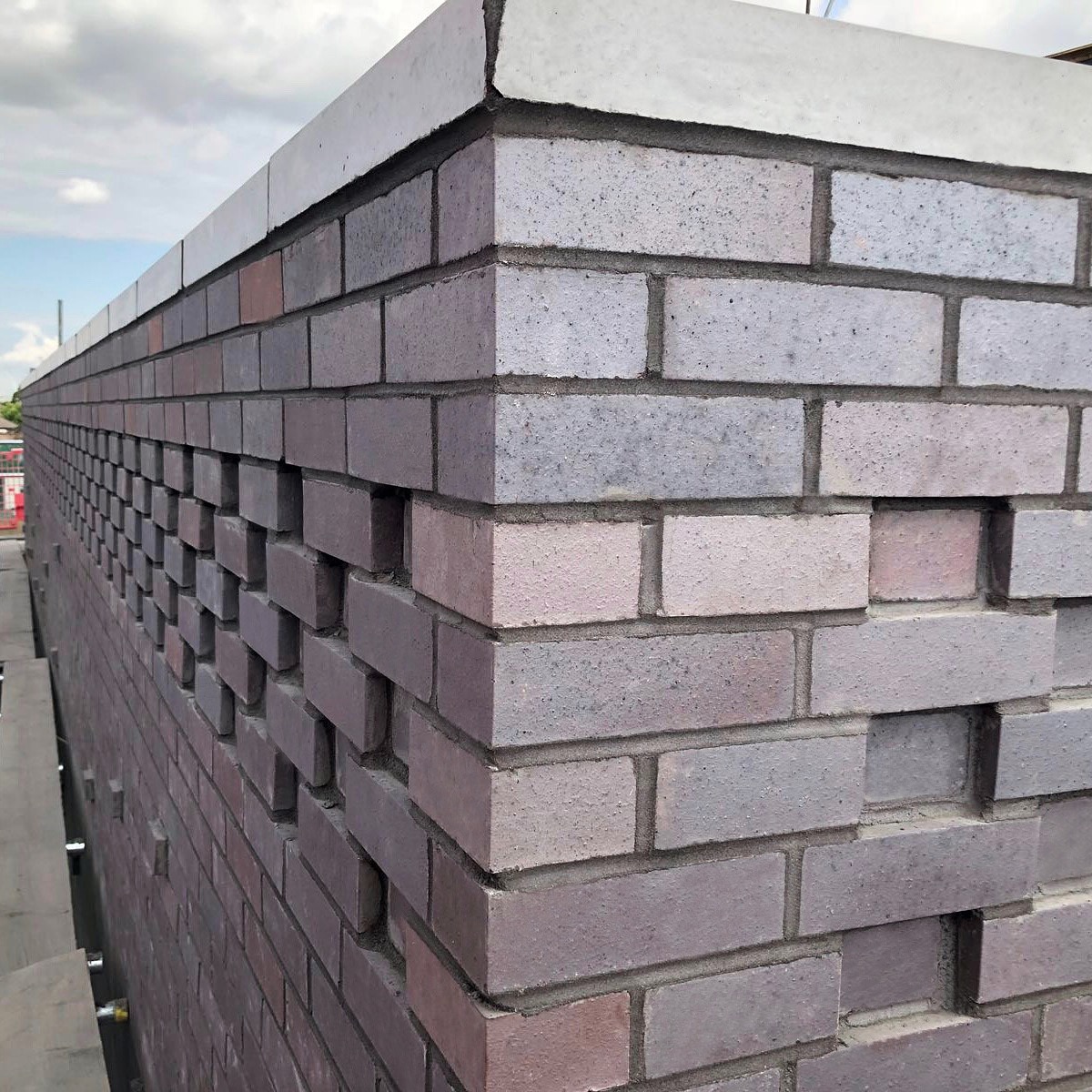 Harrow Road is a mixed-use development in North London consisting of nine residential units and ground-floor commercial space. The project site previously housed the make-up powder compact manufacturer KIGU, but with the factory building having fallen into disrepair, the decision was taken to construct a new building on the site that would be inspired by its manufacturing heritage. The resulting building reflects a material palette to echo the old factory, with metals and brick the predominant features of the building envelope. Harrow Road provides a landmark addition to the hybrid make-up of building located in the Kensal Green area, and has successfully breathed life into an industrial complex that had been virtually abandoned. The building answers a demand for elegant, liveable spaces in a building with a highly original look that is really in the spirit of the site, whilst at the same time providing regeneration impetus to the area and improving the nearby streetscape

For the project client, the history of the site was a key consideration for the project. The resulting design emulates industrial aesthetics, which can be seen from the first impression through the three-storey high zinc-clad curtain wall that sits above the main entrance to the front elevation, with an oversized Crittall-style window embedded within that sets the tone for the building. The residential windows, floor-to-ceiling on each of the four floors, are framed with attractive exposed steel lintels. The exterior structure is brickwork, with an intricately detailed hit-and-miss pattern on the top floor. Building on the site was not without its challenges. Although not a conservation area, the site is 75% in the London Borough of Brent and 25% in Hammersmith & Fulham. Whilst normally it is expected that the dominant borough’s decision would be followed by the other party, with Harrow Road this was not the case at first, and therefore caused a 12-month delay in the project until it could be resolved. Even after planning was granted, there were still challenges driven by the site’s context; a builder’s merchant sits next door, and it lies on a junction. Through GPAD’s focus on partnership and collaboration, these challenges were overcome, and the project team were able to build solid relationships with the site’s neighbours in the process. 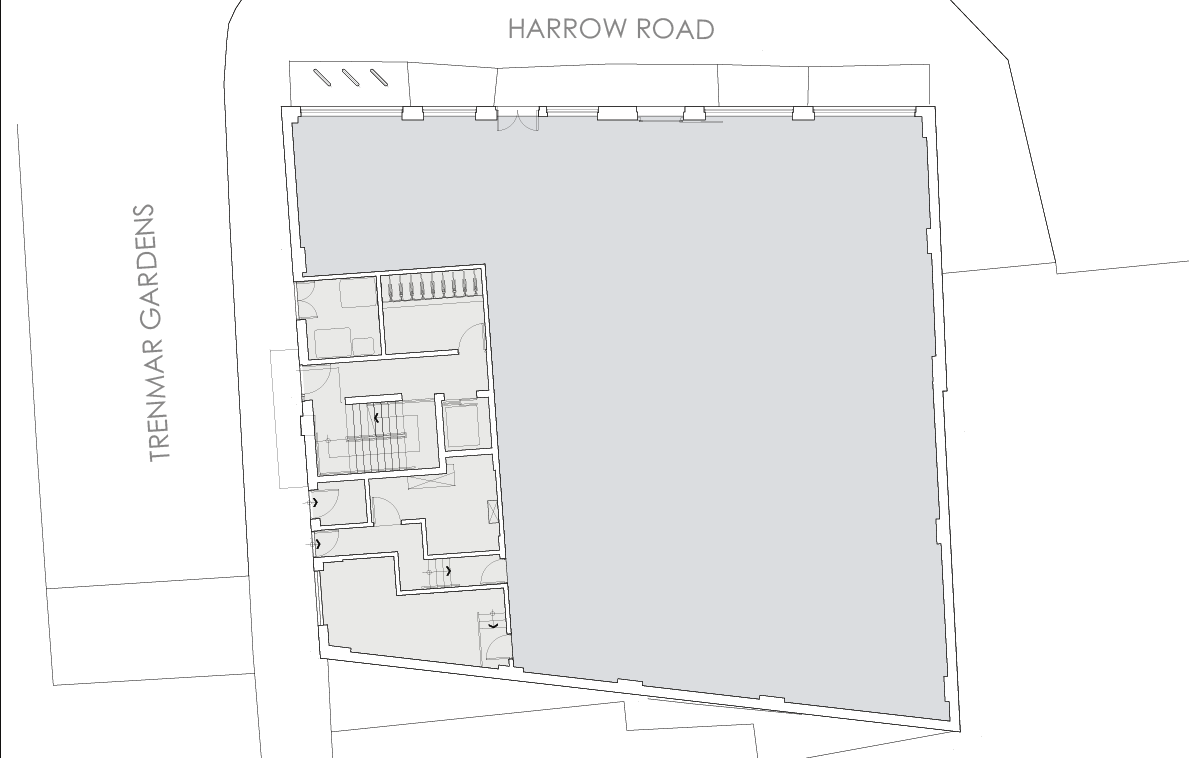 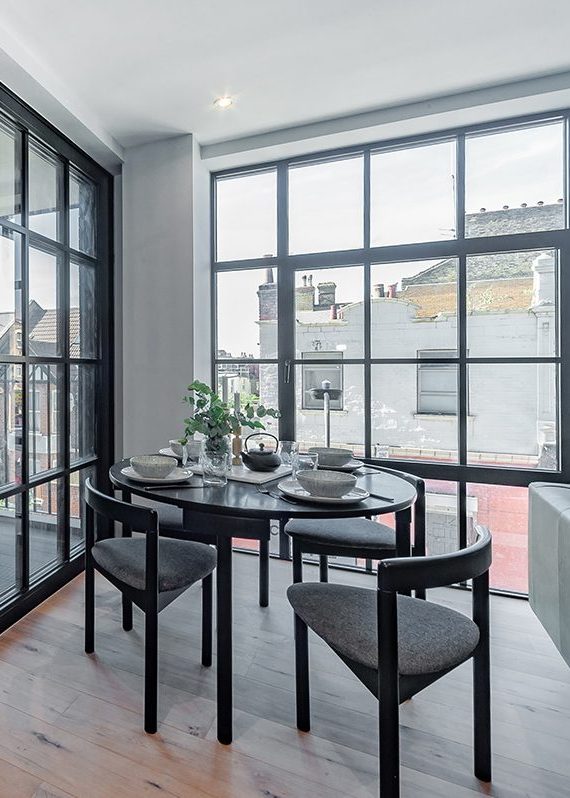 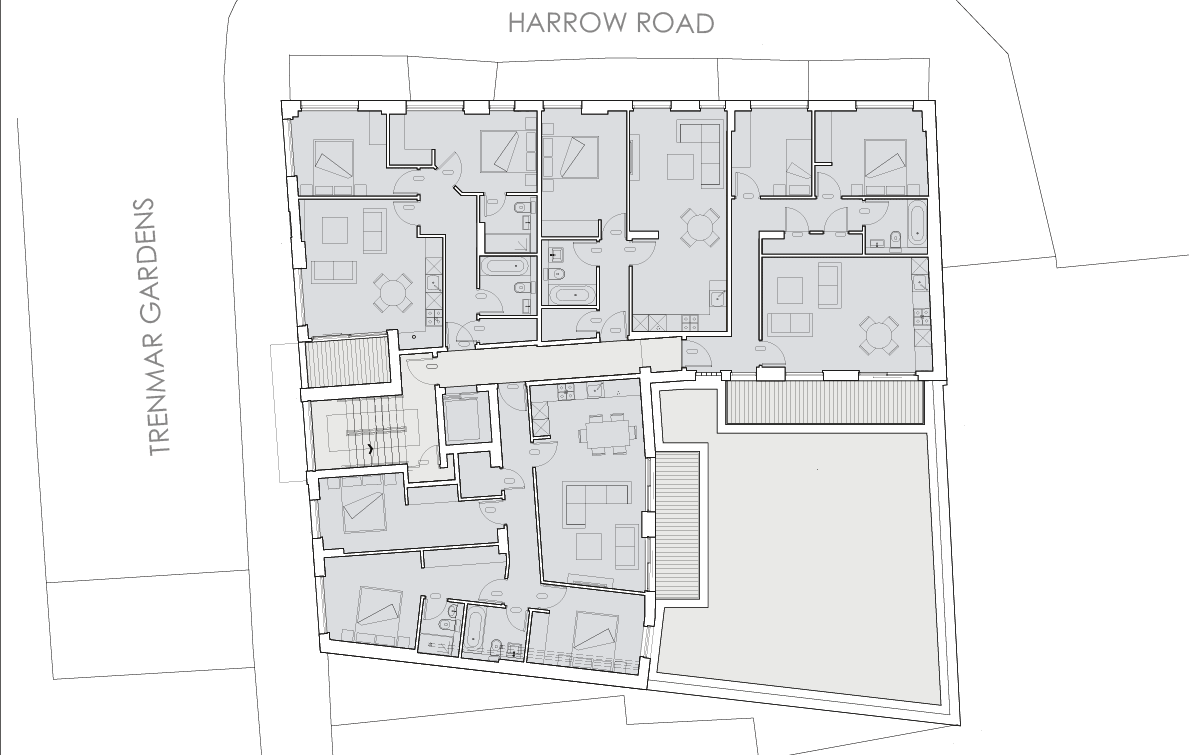