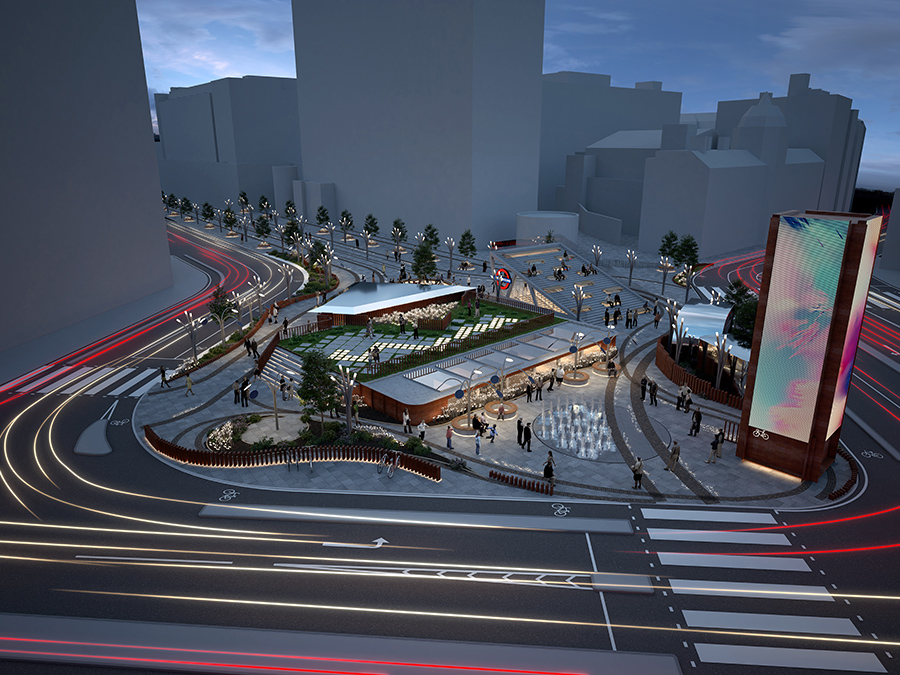 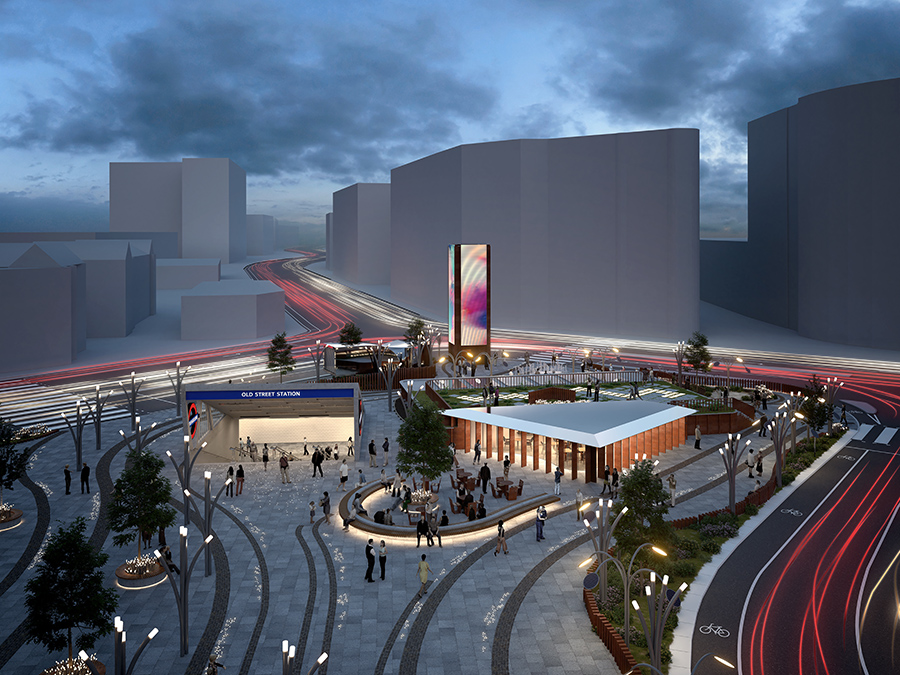 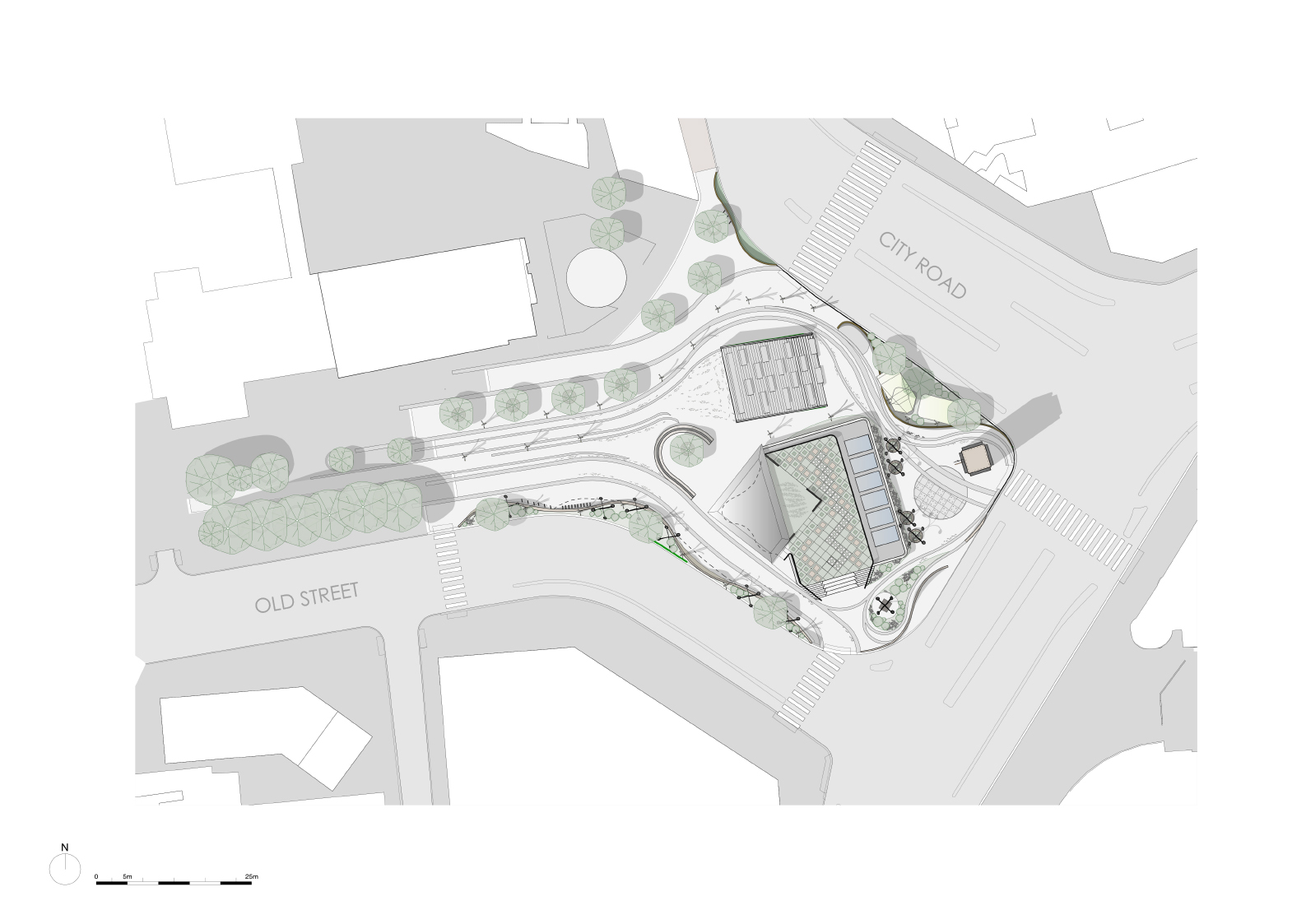 From a field of well-known architectural practices, GPAD were selected as one of the four winners of the Old Street Roundabout Competition held by Islington Council. The competition sought exciting, bold and iconic proposals to transform the already established gateway into something reflective of the area’s identity, particularly its role as a technology hub. Within the context of the removal of the gyratory, it provided the opportunity to reclaim land and create new public space, amalgamating and redefining the key features of the site such as the underground entrance and digital display. GPAD’s vision combined technology and public garden space to create a “digital garden”, unlike any other in London. The existing digital display was reimagined as a vertical totem, marking the main space of the site and continuing to serve the iconic role of its predecessor, as well as incorporating a much-needed sheltered bike storage in its interior. Digital “plants”, which generate electricity during the day and emit light at night, define the boundary of the site. A new pavilion, incorporating a café and exhibition space, presents the opportunity for revenue generation and a venue for events.

Ensuring the design responded to the site context was at the forefront of our thinking. Greening the roundabout shields the increased number of users within its centre from the noise and pollution of the traffic. The purpose, orientation and height of the present digital screen relates largely to traffic/car users. By pedestrianizing the site, retaining the screens in their current configuration would render them irrelevant to the users below. By flipping the totem and placing it on the most prominent corner of the site, it provides a new landmark that can be seen from all views towards the gateway, whilst defining the entrance to the plaza and freeing up valuable space for pedestrians. The display itself retains the same amount of digital advertising, whilst achieving a much greater impact. Raised 2m above ground level, it provides greater visibility, as well as providing protection against vandalism. The interior becomes a multi-level bike store, taking inspiration from technology already widespread in Tokyo, and is designed to serve both the station and offices nearby, as well as visitors to the site. The new pavilion has been designed to make reference to the existing site and its materiality. The pavilion assumes the shape and location of the previous digital screen, superimposed onto the site. Its material palette has been inspired by the location: corten steel has an industrial aesthetic befitting the area, whilst the surrounding landscaping alludes to the transportation of the underground below, and helps guide movement. The corten steel wraps itself around the pavilion’s clerestory roof, forming a pavilion outside the station plaza.