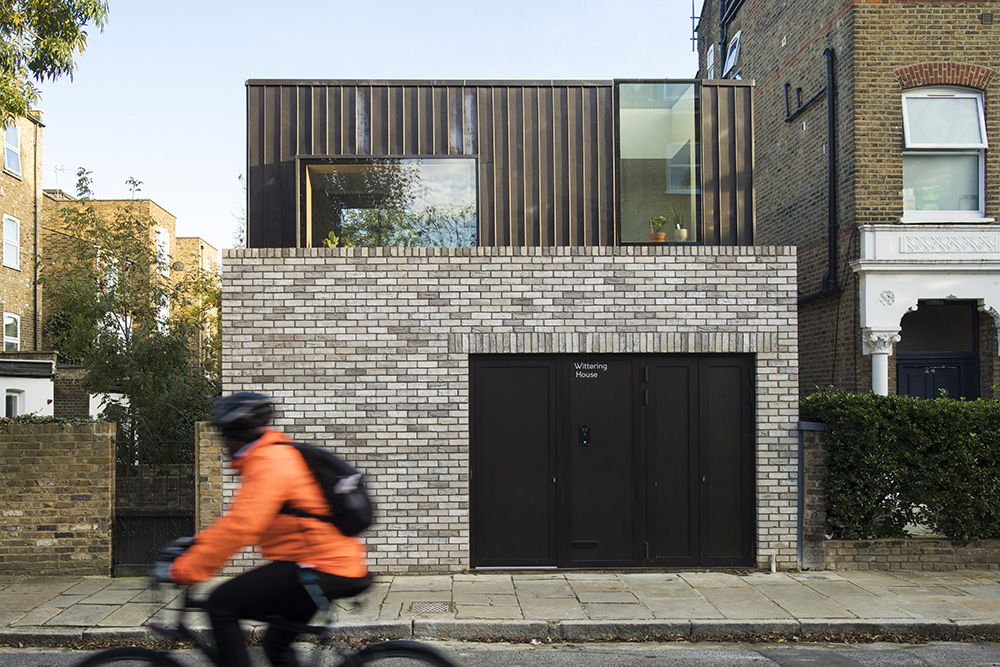 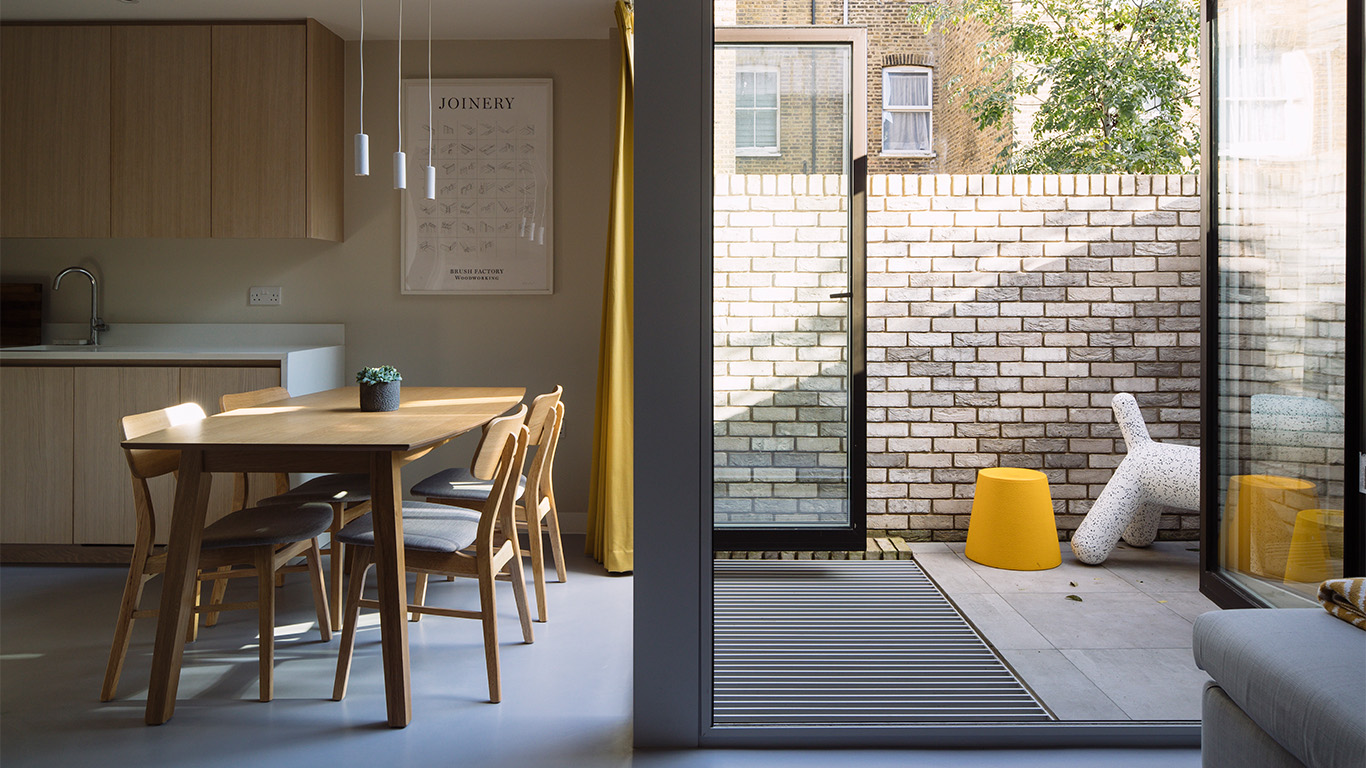 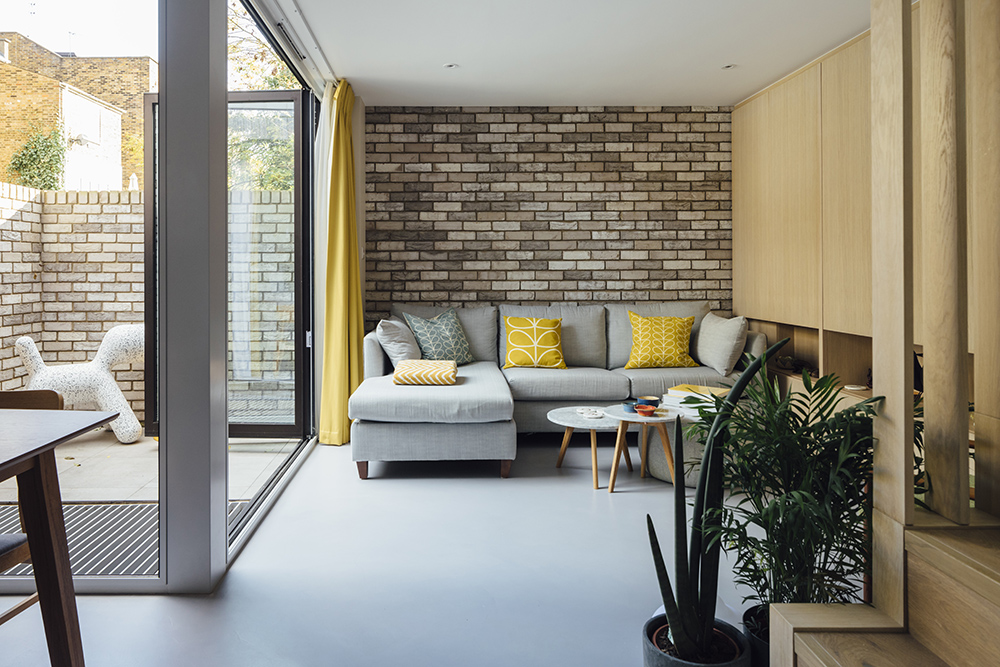 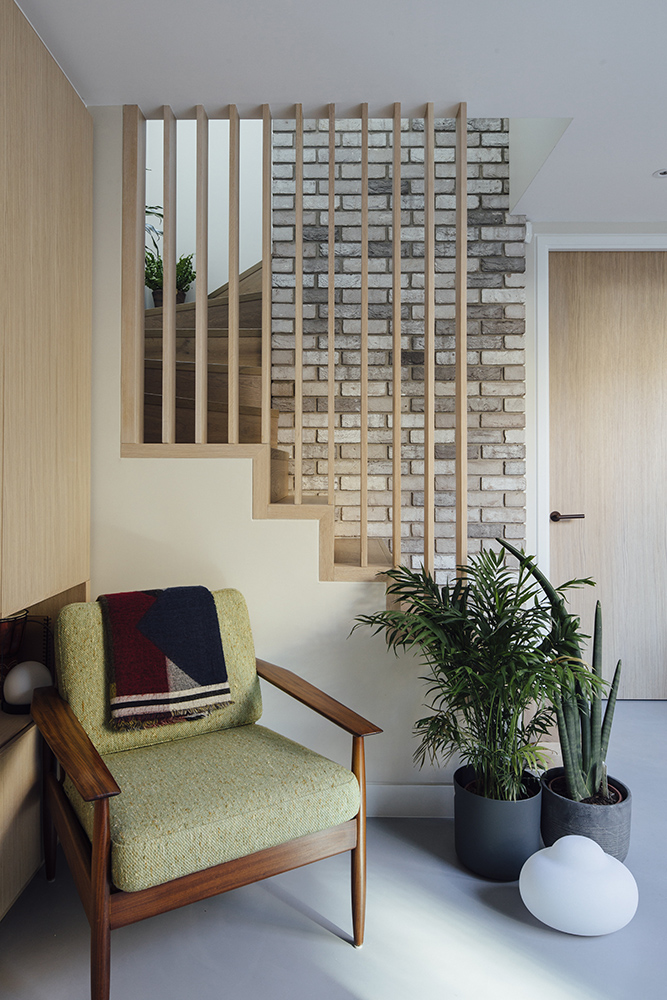 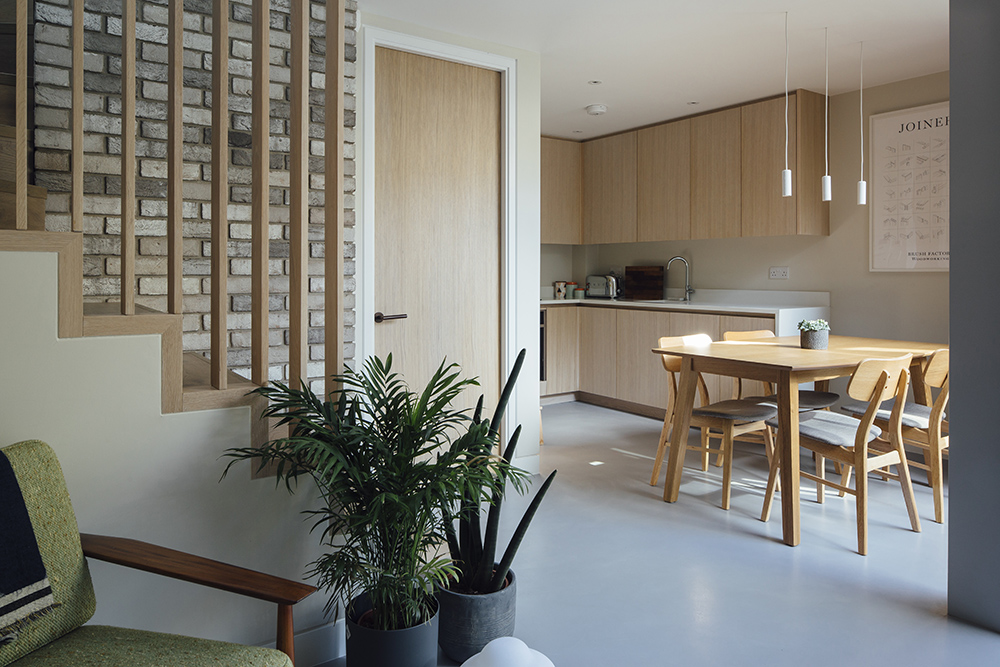 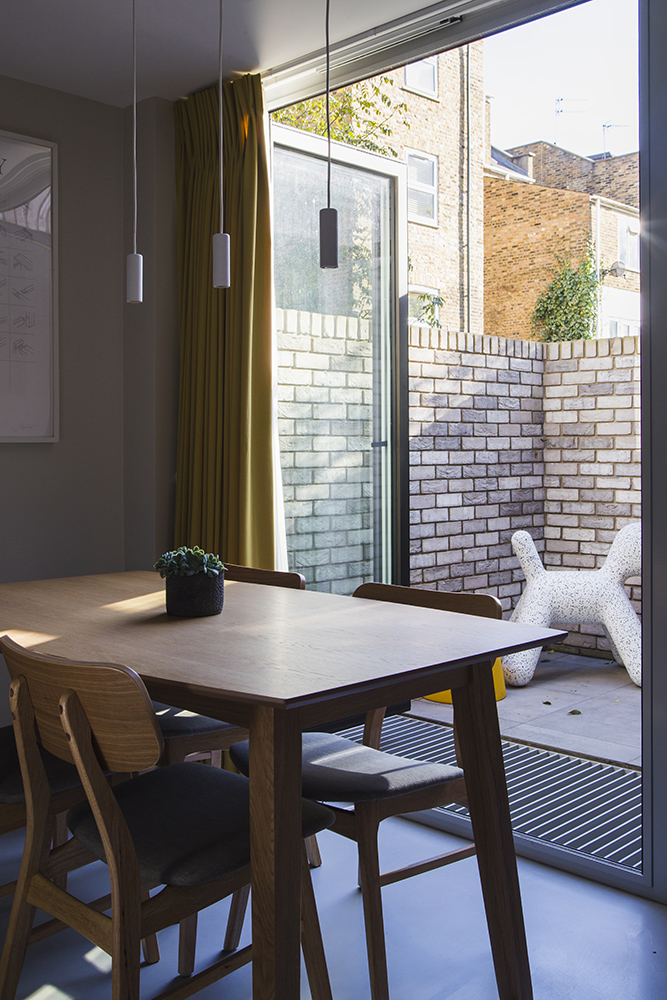 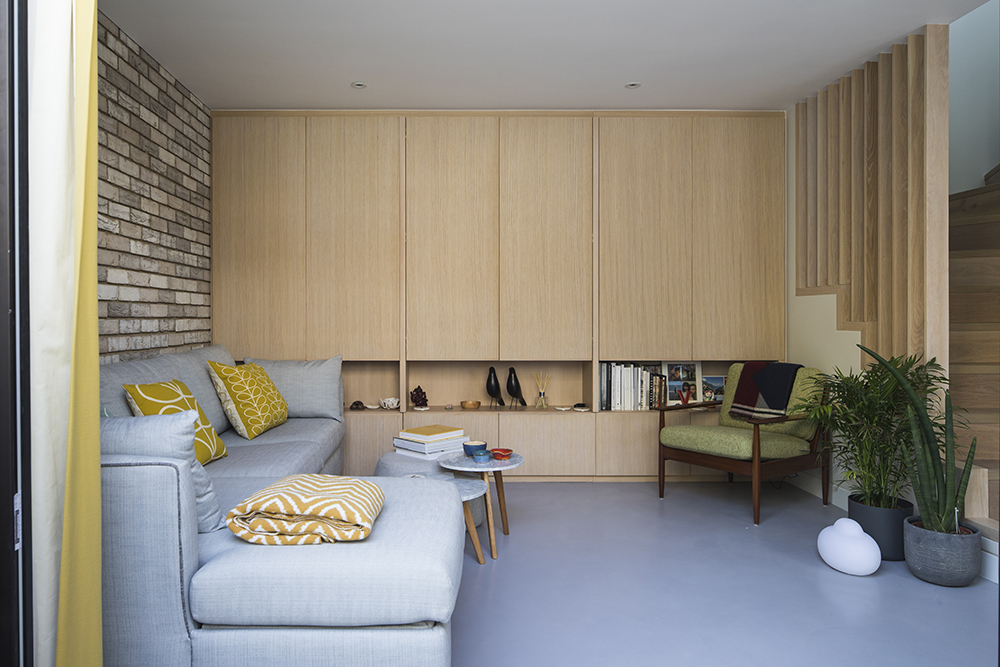 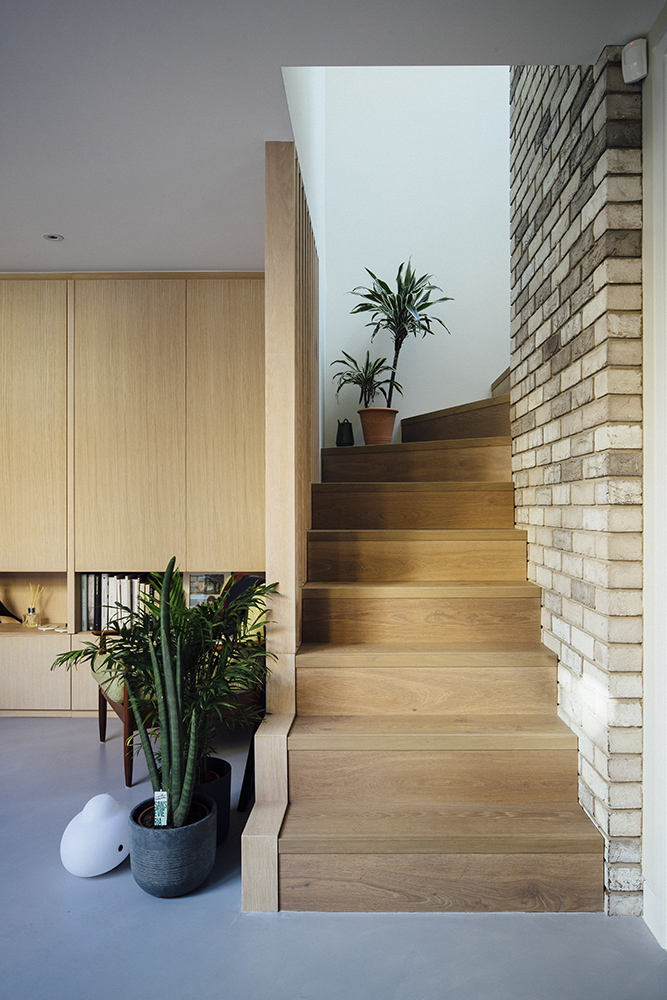 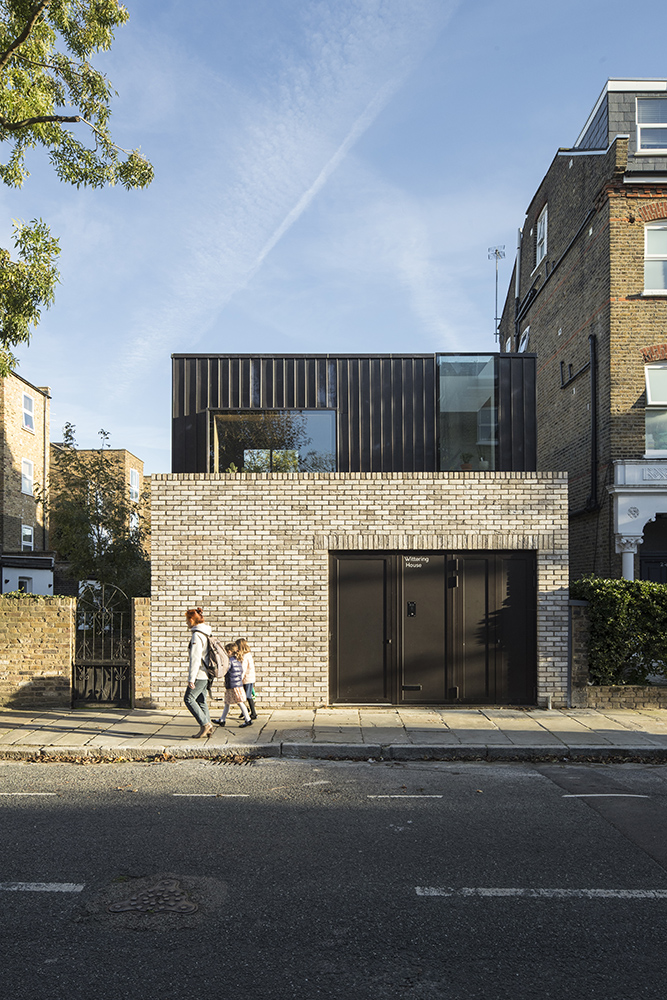 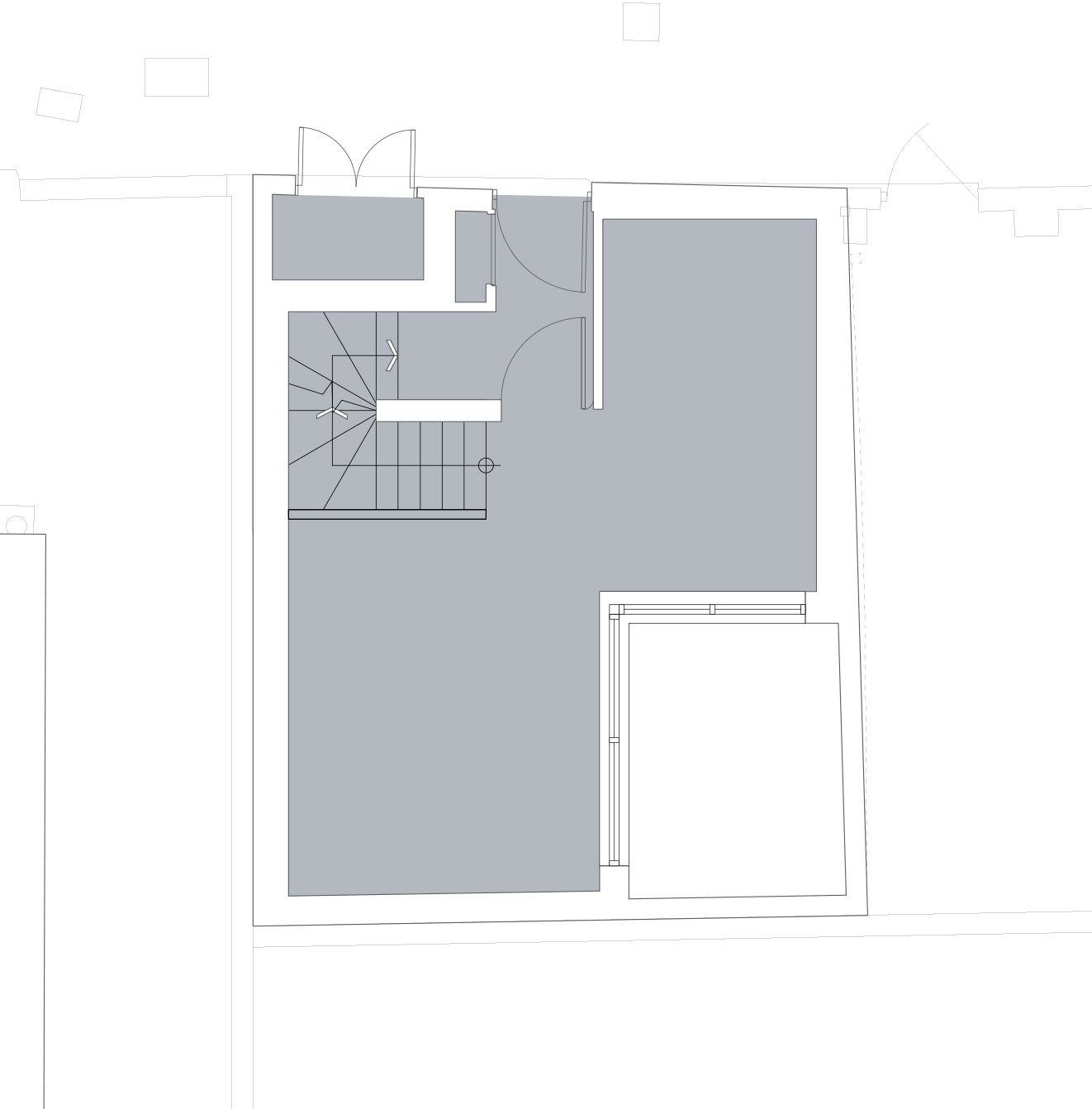 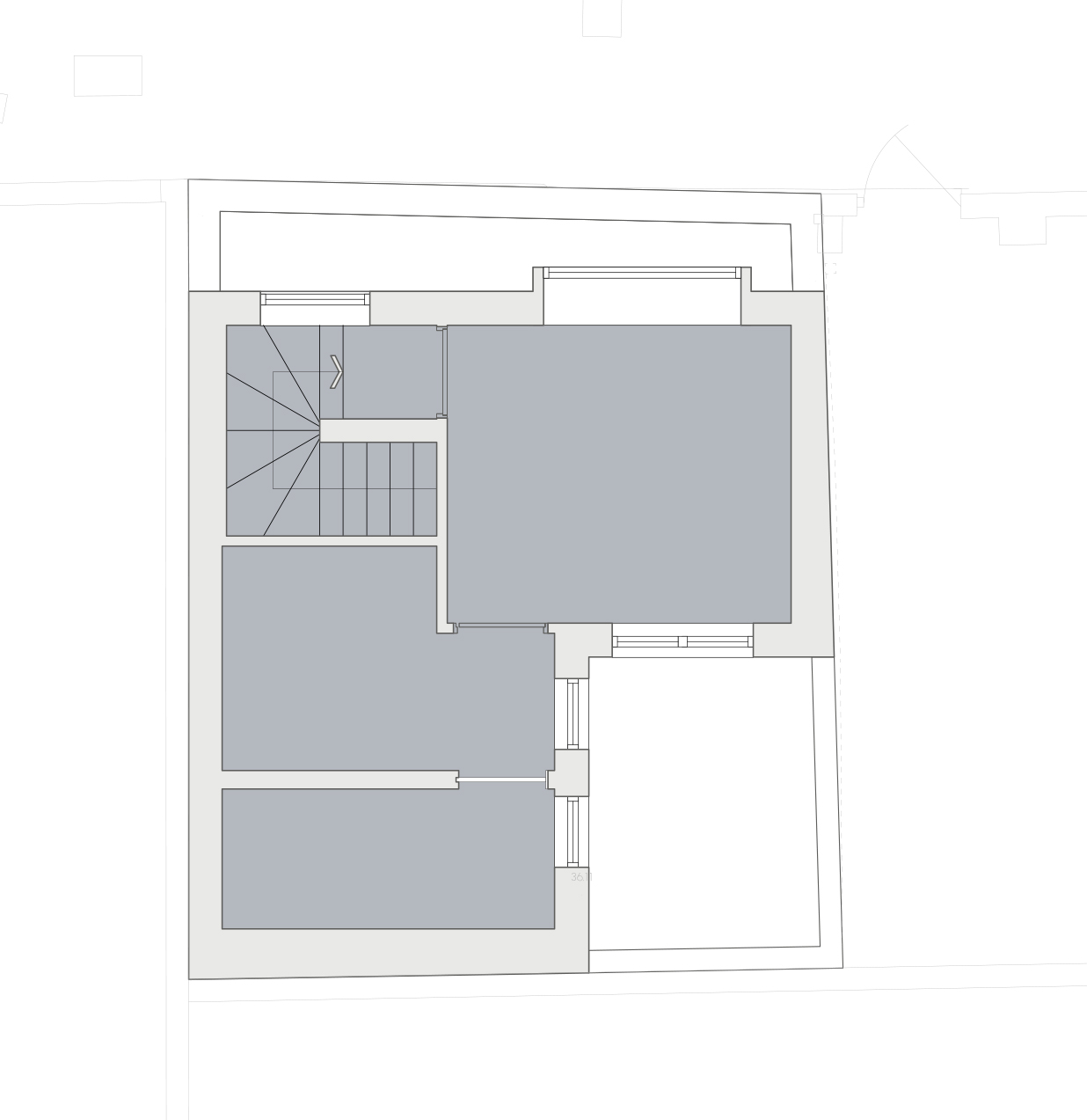 GPAD took a tiny, six-by-seven metre former garage site in North London, and turned it into a cosy two-bedroom home in just ten months. Previously overlooked for its size, Wittering House enabled the client to reside in a sought-after part of London, whilst still giving scope to live comfortably and elegantly. The brief for the project was to create a building sympathetic to its location and individual in its identity, and to create a relaxing and calming space that feels peaceful and stripped back. The site is surrounded by Victorian terraces, and the materials were carefully selected to fit with the very small scale of the house, as well as complement neighbouring buildings; brick offered a robust solution at street level, which was complemented by the brass cladding of the first floor. Internally, having a coherent material language flowing between the home’s spaces magnified the modest home’s spaciousness. The resulting design was driven by consideration of the site’s small size, and made use of careful space planning, thoughtful choice of materials, and an attention to proportions. The space of internal areas is maximised by keeping partition walls and circulation to a minimum, and allowing enough light and air to enter the house so that it feels large and open, exemplified through creative design decisions, such as dual aspect rooms, large doors and windows, and ‘layering’ rooms to provide spatial flow. Every inch was considered; the space under the stairs was utilised, space between rooms is narrow, and built-in wardrobes were installed in the upstairs bedroom and living room.

The outcome is a series of internal areas which, despite their size, feel spacious, successfully illustrating that with a thoughtful, well-considered approach to a site, good quality living spaces can be produced from not a lot of space. Interior materials were chosen for their subtlety, human scale, and low maintenance. These included white-washed oak, grey brick, and a light, joint-free resin floor at ground level that helps to reflect natural light, create a flow between rooms, and give the illusion of a bigger home. A herringbone floor on the upper level matches with the muted off-white and grey palette, providing warmth. The en-suite bathroom features marble and whitewashed oak, which provides a rich colour and backdrop for the black brassware, and creates a sense of quality and richness while remaining understated. Wittering House also achieves a high-level of environmental performance for a small development, with PV panels, high levels of insulations, above average daylight factors, and an EPC rating of B. Additionally, the project won the Evening Standard Home of the Year Awards 2018, and the Evening Standard Grand Prix Award 2018. 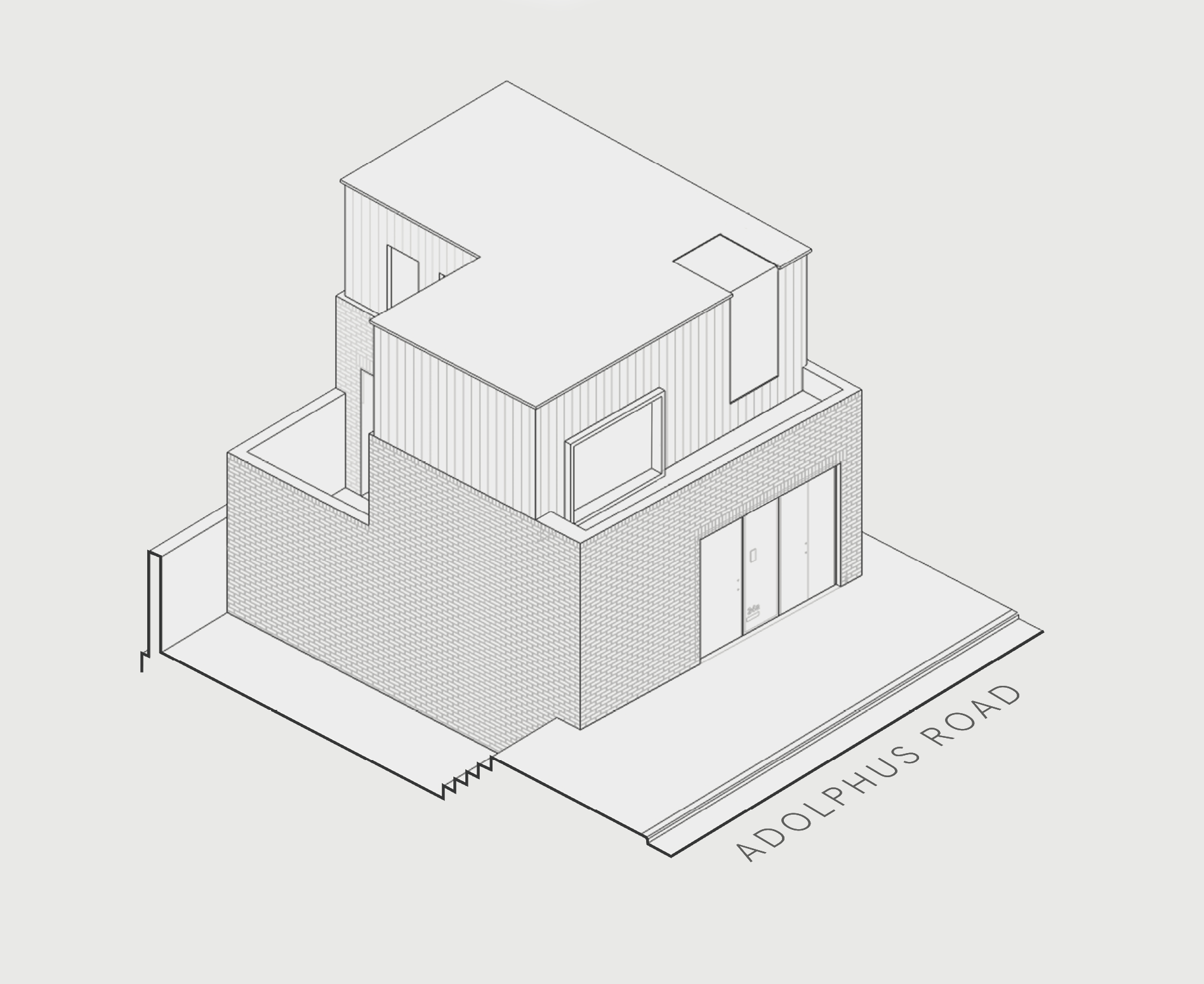 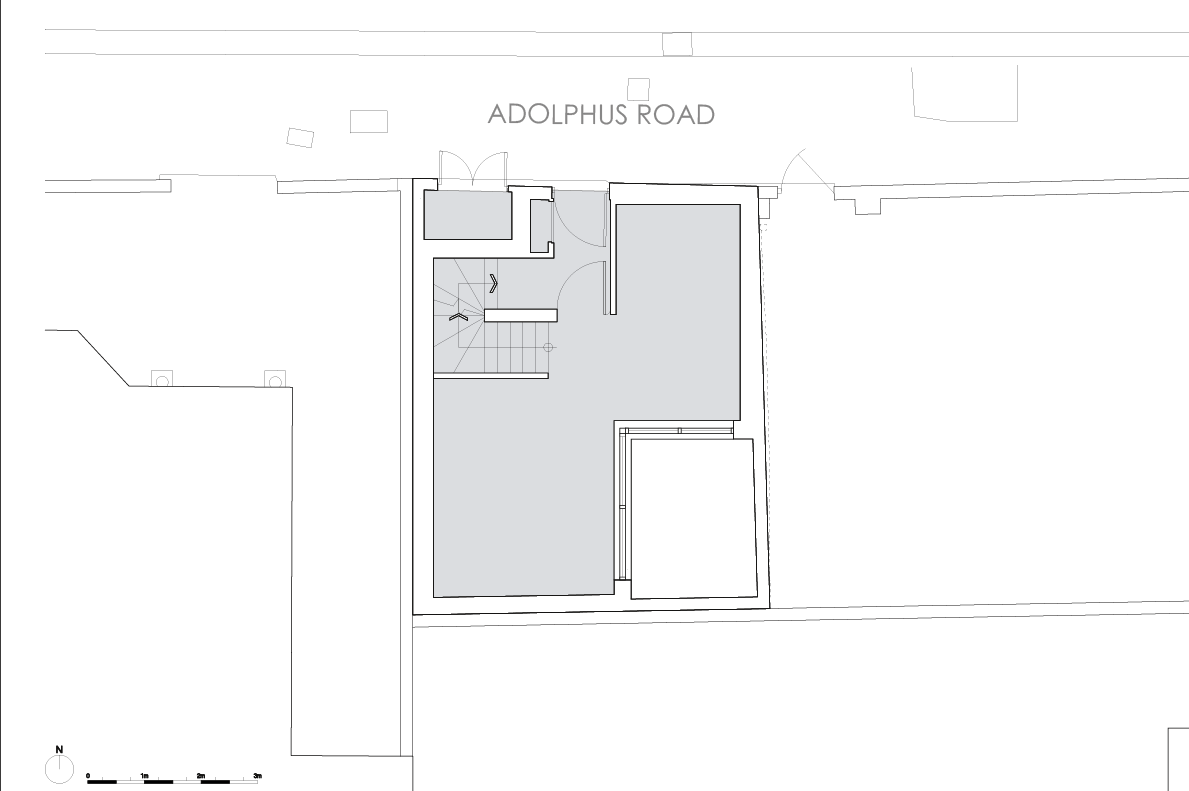 While the site is tiny and the house is not large, the innovative layout along with the layering of spaces ensures the interior areas feel spacious. The floor plans above and to the right illustrate the ground floor and first floor respectively. 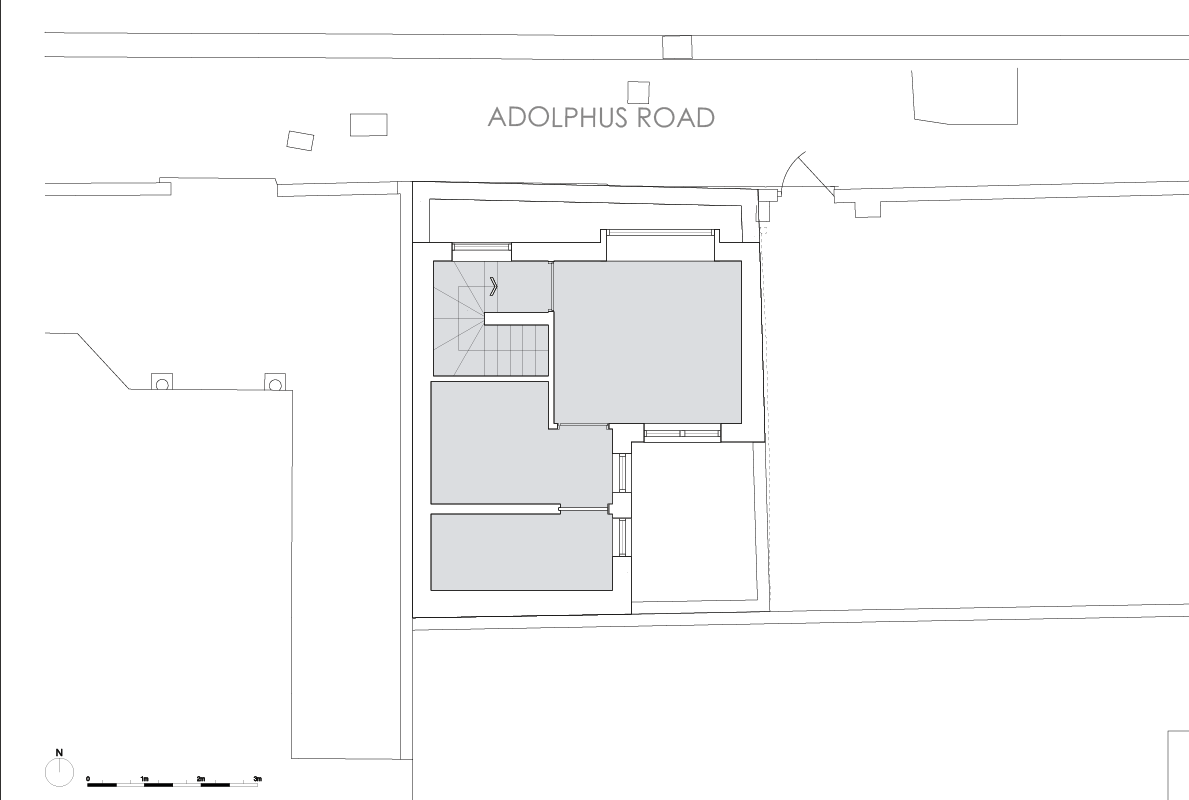